In a colorful Brazilian favela, young people go about their day-to-day lives. They play soccer, skateboard and listen to music on the subway just like any normal young person would. But something’s wrong. These kids are invisible, just clothes in motion.

What begins as an eye-catching commercial takes on a tragic edge when it finally hits you…these people are dead. It’s an understated and clever way to draw attention to the 30,000 young people murdered in Brazil every year. According to Amnesty International, which commissioned the spot as part of its Young Black Alive campaign, it’s the equivalent of a small airplane of full of young people crashing every two days; only this plane has a passenger list that that is predominately black (77%).

This hard-hitting spot required visual effects that brought life to characters lacking in the characteristics most people attach to the human form. With ParaRaio Filmes handling modeling and rendering, and Hero Live Studio owning animation, they quickly determined what would bring the project home, on budget and in top form: motion capture.

“Cloth simulation on multiple characters with various types of material wasn’t possible on our given timeline,” explains John Claude Phillips, ParaRaio’s VFX supervisor, lighter and compositor. “So we turned to Hero Live, who have a very adaptable motion capture setup and a lot of expertise.”

Hero Live’s setup is driven by the Xsens MVN suit, a portable system that’s been described as the GoPro of motion capture. “For a startup it was a lot easier than buying a whole motion capture studio,” says Frederico Junqueira, Hero Live Studio’s CEO and co-founder. “You can take it anywhere you want and it just works, whether you want to capture inside a room or an open space.”

The shoot for the spot took place over a couple of days in Rio de Janeiro, with detailed on set measurements and lighting data captured to help integrate the visual effects. Then it was up to Hero Live Studio to provide the animation data for the invisible characters. They decided to hire a couple of actors for the job but, as Junqueira soon found, MVN’s flexibility meant that anyone could become a performer.

“I love the idea that the animators can use the mocap suit,” he says. “I tell animators that they don’t need to spend their whole life in front of the computer. They should stand up and move. It’s something that’s only possible in small studios, because the bigger ones have more rigid production lines.”

MVN’s ease-of-use also allowed the spot to feature a scene, which would have been impossible to create through traditional animation. This particular shot features an invisible character performing the dança do passinho, an intricate Brazilian funk dance. It’s a brief but important moment – the intrinsic happiness and liveliness of the dance is turned upside down with a final twist.

“I had to find a guy who could perform the dance, so I called dance schools until we found a dancer,” explains Junqueira. “We had to train him, and record him in the suit. It’s only a few seconds in the finished spot — but it would have been very difficult to do that with frame-by-frame animation.”

Once the mocap data was in the bag, Hero Live Studio shipped it back to ParaRaio for integration with the background plates. It was a crucial part of the process — any anomalies in the information could have resulted in much arduous back-and-forth between the two companies.

“The motion capture had to be very clean,” says Phillips. “We needed enough pre-roll animation so the cloth could rest correctly on the characters, and a simulation which would calculate accurately without exploding. Jittering or popping joints on the characters would make the cloth behave erratically. Thanks to Hero Live Studio this was a non issue.”

Junqueira was proud of his contribution to the finished spot, and its altruistic nature made it a worthwhile project to be involved in. “We had a good reason to do it,” he says. “It’s intelligent and subtle. When you watch the commercial you don’t think that these people are dead. When you realize that, it’s a punch to the stomach.” 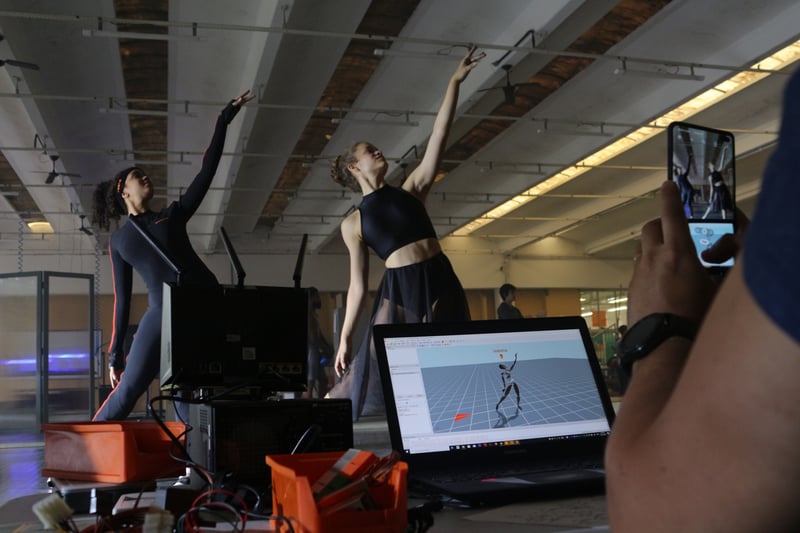