The Spine Research Institute (SRI) from the Ohio State University Biodynamics Laboratory have developed a subject specific biologically assisted biomechanical model to assess spine forces over the entire lumbar spine for subjects performing a wide variety of tasks. The SRI’s mission is to systematically improve the state of spine disorder prevention, evaluation, and treatment. This mission is accomplished through evidenced-based research and the development of platform technologies that promote the identification of disorder casual pathways within specific individuals.

An increased risk of low back pain (LBP) among health care workers has been recognized for quite some time1. Specifically, patient handling has been recognized as a high risk activity2. Patient lift devices are considered a potential intervention, however, few biomechanical analyses have investigated the spine loads associated with these devices. The objective of this study was to assess the spine loads occurring when operating ceiling-based and floor-based patient handling devices under typical patient handling conditions.

The independent variables consisted of the patient handling system, patient weight, and control required to maneuver the course path. The two patient handling systems consisted of a Likorail 243 ES ceiling-based and a Viking L floor-based patient transfer system. Patients were represented by anthropometric 'dummies' of 56.8 kg, 72.7 kg, and 163.6 kg. The path over which the patients were maneuvered was divided into four sections including: straight walking, a sharp (90o) turn, a gradual turn, and a 90o turn within a confined space.

The dependent measures consisted of the compression, A/P shear and lateral shear forces occurring at the inferior and superior levels of each intervertebral disc between the first sacrum (S1) and the 12th thoracic level (T12).

The previously validated3 lumbar motion monitor (LMM), a tri-axial electrogoniometer, was used to measure spine motion. A Delsys electromyography (EMG) system was used to measure muscle activity of the latissimus dorsi, erector spinae, rectus abdominus, external obliques, and internal oblique muscles. All surface EMGs were collected on both the right and left side. Nine MTx trackers were placed on the torso, upper and lower legs, upper arm and pelvis in order to track body posture during the experimental conditions within the experimental space. Subject instrumentation and patient transfer systems can be seen in Figures 1a and b.

Raw EMG signals were processed and then imported, along with the Xsens kinematic data, into a subject specific, EMG-assisted model created in the MSC MD ADAMS software environment with the LifeMOD biomechanical plug-in (Figure 2)4, 5. The resultant model is unique to the individual subject and calibrated to their specific motions, anthropometry, muscle origins and insertions, and the measured EMG activities. Inertial data from the MTx trackers, measuring the motion and relative position of a subject’s trunk and limbs, were used as input to the model, replacing the need for an optical feedback system. While there is no practical way to directly measure spinal forces in vivo, the ADAMS software was utilized to simulate dynamic loads on the body allowing for the estimation of resultant spinal forces during the patient handling tasks through the EMG-assisted biomechanical model. 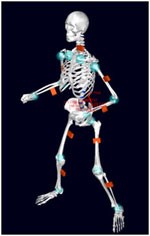 Both ceiling- and floor-based patient lift systems were found to provide marked benefits over manual patient handling techniques. In general, floor-based techniques were associated with low levels of spine compression yet, under many of the maneuvers observed in this study, A/P shear forces were found to be of a magnitude sufficient to lead to disc damage in the caregiver. These damaging forces occurred at the mid to upper levels of the lumbar spine and became particularly problematic as the caregiver attempted turning maneuvers markedly when turns were made in confined spaces. Patient weight was found to have no effect on the spine load of caregivers using ceiling-based lifts, whereas A/P spine shear forces increased dramatically with higher weights when attempting to turn floor-based lift systems. It was therefore concluded that ceiling-based lifts are preferable to floor-based patient lift systems. 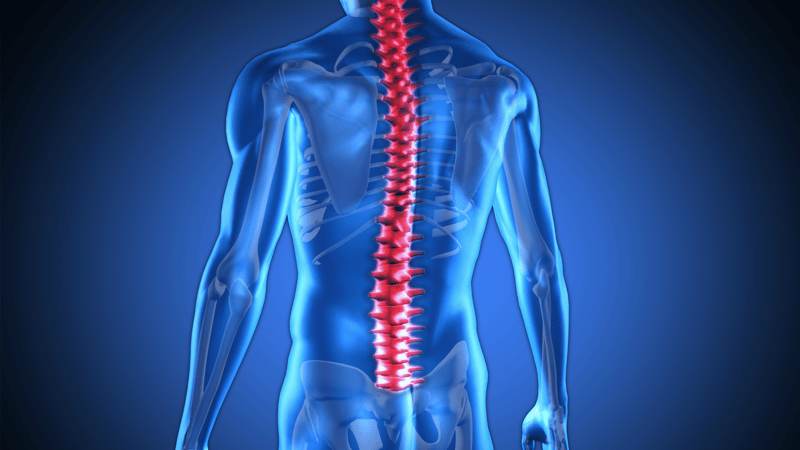