Throwing events in track and field (shot put, hammer throw, javelin throw and discus throw) have been the subject of a number of studies (Ariel, 1979; Bartonietz, 1996; Lanka, 2000; Marhold, 1973). Good performance in mentioned track and field competitions are mainly determined by the athete's technique than the tactics. The most popular method in analysing technique, especially during competitions (but also during training sessions) has been video motion analysis (qualitative and quantitative). The complex movements like shot put or discus throw require multidimensional analysis. Spin and glide are the main techniques used by athletes during shot put performances. Especially the spin shot put technique is an extremely complex movement, which requires a high level of motor control, biomotor abilities and an optimal constitution of the thrower (Čoh & Jošt, 2005). The aim of this study was to compare the glide and spin shot put techniques, at the last phase of the throw, by calculating absolute error of selected biomechanical parameters using MVN Analyze system.

In this case, full body inertial sensing data from the MVN Biomech system was combined with 2 synchronized camera video streams. All measurements were performed on the Jozef Piłsudski University of Physical Education stadium.

Following kinematic indicators of the athlete (CG – athlete's center of gravity in case of velocities) during release (RLS - the last contact of the athlete's) were taken into account during analysis including only measured trials:

According to the mean values (table 1), the angle indicators like: right knee angle (β_p), left hip angle (λ_l) lateral and resultant path of the athlete's center of gravity, differed more in spin technique than in glide one.

Table 1. Average values (±SD) for the release and the distance in horizontal, vertical lateral direction and resultant distance of the athletes center of gravity (CG) according to the technique (S-spin and G-glide).

The greatest differences were found for the S-H in both techniques. The rest of the indicators of the athlete's and the put (due to the AV) had the small value (below 10% - table 2).

Table 2. Average percentage values of the average relative error (AV) for the distance and the angle indicators of the athlete's with the division into spin (S) and glide (G) technique.

Although the spin and glide techniques were different in utilizing the way of acceleration of the shot (angular and linear properly), the absolute errors of selected parameters, at the moment of release, were very similar in both techniques. Average values of absolute errors during release: β_p, φ_p, λ_p, λ_l, S-H turned out to be slightly more stable for the glide technique.

Acknowledgment: The work financed from budgetary resources on science in the years 2011-2014 by the Polish Ministry of Science and Higher Education – grant no N RSA1 002251 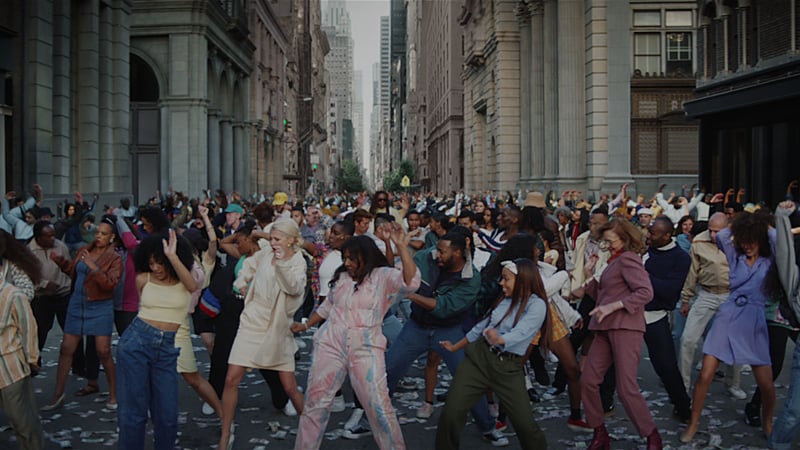 3D Character Animation3D wearable technologyFilmXsens MVN Animatemotion capture - cavfxhomecap The Mill utilized Xsens to craft the movements of thousands of individual dancers for the ‘Ooh LA LA’ music video
The Mill teamed up with Brian and Vanessa Beletic of Smuggler to craft this music video for the hip ...
Read more