Marko Markis is owner and creator of Handball GK Training, a comprehensive centre for elite handball goalkeepers to enhance performance and prevent injury. Handball GK Training is revolutionizing coaching methods through the use of cutting edge technology, incorporating inertial motion capture into his client analysis.

Marko’s work spans nine years across several countries, analyzing goalkeepers from Croatian, Slovenian, and Swedish national teams. During his work, Marko has developed two unique research fields; he’s become the first person in Handball to use high-end technology to assess delay in action time, and electrocardiography—the measure of electrical activity in muscle tissue. Upon his initial experimentations with inertial motion capture, Marco quickly realized its potential as an addition to his extensive analysis, subsequently pushing his research to new heights.

“I first realized the possible benefits of motion capture for training analysis through my own studies and research – I wanted to form a really modern and accurate approach to my training style. There’s a technology gap in Handball that I’m filling, and inertial motion capture opens doors to greater biometric analysis.”

Data collection that could be realistically validated became a key component for Marko when finding the right solution, with other systems failing to meet the desired margin of error.

“I tried different motion capture systems, but none could match the level of accuracy.”

Marko utilises the full functionality of the Xsens MVN Analyze inertial motion capture solution to discover the finest details in biomechanics. Upon studying Slovenia’s national team goalkeeper, he discovered muscular imbalances in the player’s knees, something that wouldn’t have been picked up from observation alone. Through the completion of drills whilst wearing the inertial capture suit, Marko determined that the goalkeeper was landing predominantly on his left knee, resulting in as much as three times more pressure than on the right side. Over time, this resulted in the right knee developing less muscular strength, causing injury.

“The goalkeeper had previously received surgery on his right knee, not realizing the extent of the effect his movement patterns were having. He can now bring the data to his physiotherapist and significantly improve recovery.”

Body tension is a common problem for handball players due to the explosive movements and sharp changes in direction. It can take months of pre and post-season analysis to get an accurate picture of each individual’s biomechanics. Working with elite players, Marko analyzes every aspect of the goalkeeper’s game, homing in on joint hyperextension.

“With the ball weighing half a kilogram and being thrown at speeds in excess of 120km p/h, there’s enormous physical pressure exerted on the goalkeeper. It’s difficult to get a true impression of this watching the sport on video—players are often covered in bruises.”

“The keepers can wear the suit in training, drilling real shots and movements—it’s a great opportunity to acquire real data.”

At the highest level of any sport, even small improvements can become significant leverages against the competition. For Marko, inertial motion capture is no minor enhancement and with the right expertise, real biomechanical data can accurately inform training decisions.

“This isn’t just revolutionary for handball, this technology can be used across all sports. It’s the fear of change which is holding back widespread adoption from other coaches at the moment, but I’m trying to prove that motion capture isn’t a replacement, but rather, a huge enhancement to performance at all levels.”

To lower the barrier of entry, Xsens researchers are starting to work with coaches like Marko to set parameters for different sports as part of a solutions strategy. Coaches that lack an advanced understanding of the technology will be able to utilise these parameters as a comparative tool, pairing their data with previous research.

Driven by the incredible results he has achieved so far, Marko sees no end in sight for the potential of inertial motion capture in handball, and beyond.

“We’re setting the standard, but it will become far easier in the future. It gives me an exciting opportunity to push the boundaries of data-driven biomechanic sports research.” 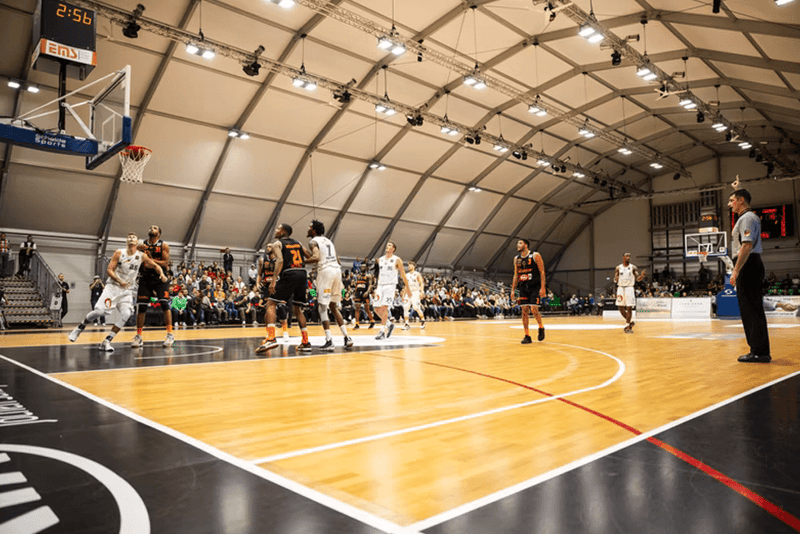