Electronic music artist and software developer Chagall uses motion capture as a key part of her highly visual performances – her movement actually controls her music! We checked in with her before her SXSW performance in Austin to find out how she is innovating the concept of music performance with gestural technology that she can control on-stage...

When did you first start working with technology to create music?

It was written in the stars! As a child, I was obsessed with using computers as a tool for expression, even if I was just playing with the painting software that came with PCs at the time. I didn't take it very seriously at first, but it's funny how I have started using the technology again to express my creativity.

My parents are artists and I played in some bands as a keyboard player or singer, but it wasn't until 2011 that I started making music with a computer. I immediately found this new world of sound and creativity and it immediately opened my eyes: If I learn how to do harness this, I could be completely independent in my creative process and create in my own way.

How did you move into working with motion-based technologies?

After I produced my first EP, a challenge presented itself: I needed to find a unique way to perform my music live. Something that represents me.

At first, I had to bring several machines, boxes, cables, and control them all by myself, the problem was that all of this stuff was happening on a table – it wasn't a very appealing performance to an audience who couldn’t identify what I was doing behind all the technology.

Luckily, I met the guys at MI.MU while they were developing gloves that allowed me to control my music which really changed things for me and became an ideal solution.

Using the gloves turned the whole story upside down and allowed me to feel connected to the performance, there was no table or microphone stand to hide behind.

I’m now part of the team as a User Experience designer and I use my own experiences of performing with the tech.

How has your performance developed since then?

Last year, I met with Andy Lürling – founder of LumoLabs, Andy showed me a platform VRee had developed for the Xsens MVN suit to stream data into a game engine. I could instantly see the potential and the technology inspired me to create a project that could make use of this. In October 2018, we experimented with the full-body suit to see how we could incorporate motion lead visuals into a live show. We showcased a prototype of this project at Dutch Design Week in November and will take this to SXSW. Based on these early performances, we're hoping we’ll raise enough funding for a few months of development to incorporate Xsens into the full show.

I have been experimenting with the aesthetic of the mocap suit too; I actually don’t wear any of the material that comes with the Xsens MVN suit – I’m having suits made with the cables and IMU sensors fitted in. At Dutch Design Week I wore a piece where every sensor is covered by a massive eye. For SXSW, we made one that showcases the cables on the outside like a robot/android.

Beyond the look of the suit, my hope is that this project will develop into a software platform that can be used by anyone. I hope I can share this and empower other artists to use technology for expression in this way. I want to change the world of music production-lead performance; make it so there are fewer people performing behind laptops!

At this stage, the full body motion capture is mainly used to drive visuals that are projected behind me. I would love to integrate the full body sensors with the music control – that could open up a new world of opportunities.

I’m hoping MI.MU and Xsens technologies can work together to help facilitate this which is really exciting. Integrating data from full body mocap into the software I use could be really amazing. There are lots of possibilities, it's really very exciting!

Creating a Hollywood-style music video with a one-man team
Over the past few years, there has been a rapid rise of digitization and significant advancements in...
Read more 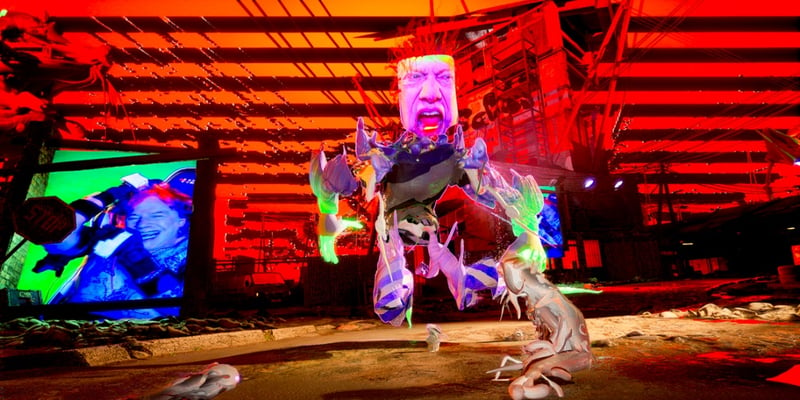