Ilaria Parel, PhD candidate from University of Trieste has now completed a long road throughout the use of Xsens inertial sensors in applied research in clinics. Her PhD thesis “Validation and application of a shoulder ambulatory motion analysis protocol” contains her full experience collected at the INAIL Prosthetic Centre in Italy.

The goal of her PhD was to consolidate, improve and document the effectiveness of the ISEO (INAIL Shoulder & Elbow Outpatient protocol) for the functional evaluation of upper limb kinematics in different areas of clinical application.

Ms Parel, one of the most experienced users of technology from Xsens, started using ISEO protocol and our Xbus kit – cabled version of the now wireless solutions from Xsens, the MTw.

Here she describes the framework within her PhD and how she could successfully prove the use of inertial sensors: “To prove the possibility to measure scapula kinematics in an ambulatory environment in a quick and reliable way was the main focus. Therefore the first objective of my work was to prove the reliability of ISEO protocol when the operator running the analysis might change in time. This was considered the really first step to prove the potential use of wearable technology for ambulatory monitoring of outpatients. Afterwards, it was clear that ISEO needed to be validated in different scenarios. From prevention of injuries in baseball pitchers to muscle stretching analysis, ISEO was applied and tested to prove its effectiveness. The usability of the software and quickness of the device was also so improved that it was possible to run a single analysis for a patient within 15 minutes, making also possible the creation of normative data on a population of more than 100 subjects. Now, with MTw the system is even more compatible with clinical settings, making it easier to provide useful information to physiotherapists. “

During her PhD, collaboration with other institutes was also precious, including the Unit of Shoulder Surgery in Cattolica (Italy) and the Hospital for Special Surgery in New York (US)”.

Ms Parel presented several orals and posters at ISB 2011 (Belgium), SIAMOC 2011 (Italy), ICSEMIS 2012 (UK), ISG 2012 (Wales), she was awarded by the second prize as best methodological paper at the SIAMOC 2012 (Italy), published the reliability study of ISEO on Gait&Posture, and submitted 2 papers to several biomechanics journals which will appear soon among Xsens publications list.

We wish Ms Parel all the best for her future in the world of wearable devices and we look forward to invite her to one of our future webinars on the topic. 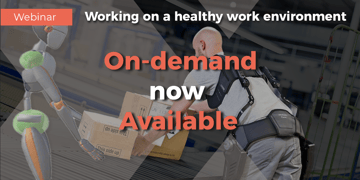