Project MARCH is a student team of the Delft University of Technology in the Netherlands that is developing an innovative and versatile exoskeleton, which is a motorized robotic armour that can be used to let people with a spinal cord injury stand up and walk again. At this moment, the biomedical technology regarding exoskeletons is underdeveloped, so that people with paralyzed or malfunctioning legs are bound to wheelchairs for the rest of their lives. Project MARCH wants to change this!
Project MARCH is a non-profit team currently consisting of twenty-three students, of all sorts of disciplines and studies, including Industrial Design Engineering, Biomedical Engineering, Mechanical Engineering, Electrical Engineering, Software Engineering, etc. The team consists of students from different academic years and they are working voluntarily on the project for one year to design an exoskeleton, learn a lot and to contribute to society.

Project MARCH has one very special team member: the pilot. This is the person with a Spinal Cord Injury that is in control over the exoskeleton. The team works in close collaboration with the pilot to develop a user-friendly exoskeleton. This is called: co-creation.

The vision of Project MARCH is to give back full mobility to physically disabled people who have been paralyzed due to illness or an accident, causing them to be bound to a wheelchair for the rest of their lives with all its inconveniences. Simple daily activities such as doing groceries, walking the stairs or going to the toilet are often challenging or even impossible for them. By giving back full freedom of movement, the paraplegic will be independent and he or she will also be able to communicate at eye-level with friends and family again. In addition, the paraplegic's health improves significantly by using an exoskeleton. Their bones and muscles become stronger, the risk of thrombosis decreases, the bowel function improves and they experience less pain in their back.

A new exoskeleton each year

Each academic year, a new Project MARCH-team builds a whole new exoskeleton. The first exoskeleton, the MARCH I, was built in 2016. After this first exoskeleton, a second and a third were made in the following years. Currently, the fourth exoskeleton, the MARCH IV, is being designed and will be produced in 2019. Every team documents their design choices, project progress, the way of handling problems and all other things that might occur during the academic year so that new teams can continue with all knowledge and experience that is already acquired. This transition is very valuable since Project MARCH thinks it is important that every new team is able to come as far as possible with regard to designing and implementation of new technologies.

Xsens in the MARCH I

The MARCH I implemented the Xsens MTi-3 AHRS for several reasons. The team wanted to estimate the position of the crutches through a double integration of the acceleration. By placing the crutches at a certain spot, the pilot could trigger different gaits.

Also, the team wanted to give feedback to the pilot about their balance. The MTi-3 can determine the position of the torso. When the pilot leans too much to the front or the back, the band will give vibrations. The pilot will have to react to these vibrations with their upper body, and this way their balance will be maintained. 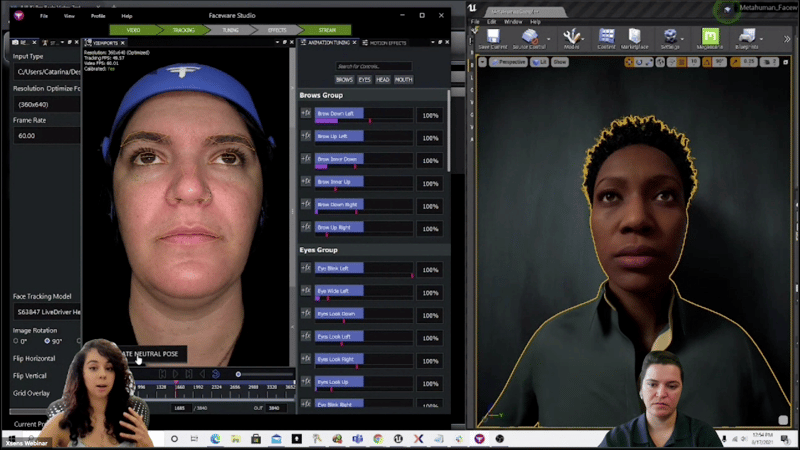 motion capture3D Character Animation Metahuman_webinar review
Together with Faceware, we introduce you to the MetaHuman and our motion capture technology to make ...
Read more