Chapman University’s Dodge College of Film and Media Arts in Orange is setting the standard for 3D Animation technology in schools by making the Xsens MVN Awinda available to students for use in their projects. Digital Applications Specialist, Casey Wayland, is a longtime user of Xsens motion capture technology, and helped implement the former version of the hardware just last year. Recently, they decided to upgrade their setup and trade in their MVN for the newest generation. Their decision to pursue the Xsens system over other options was largely driven by the savings in set up and clean up time, which is crucial in an educational environment, as Casey explains:

"Time is one of the biggest values. Switching from an optical tracking system that requires massive amounts of data clean-up is often overwhelming and takes an entire semester to teach. Xsens takes only one training session to be able to use it in a fully-functional way.

Students no longer need to spend hours and weeks for individual cleanup of shots. Now, what took about a week, takes minutes.

Whether it’s teaching or just demoing the suit, we can show it off with only about 20 minutes of prep, whereas with the optical system, we didn’t do any demos because it was so complicated to set up."

For the University, compatibility and real-time streaming were also necessary for seamless integration. Casey describes the importance of interfacing with the 3D animation programs students were already using:

"The big thing is the real-time plugin for Autodesk Maya. It’s one thing to see the skeleton move, it’s another to see it with the character you created in the environment tailored for it. It lets the motion capture actor really see how the rig responds and the scale of everything."

Lecturer Ruth Daly has incorporated use of the system into her intermediate and advanced animation courses.

"In my classes, students will learn how to edit captured data, polish it and enhance the captured performances. The student is then able to integrate realistic motion into their assignments with proper weight and mechanics of motion. They can concentrate on a character's performance instead of being bogged down by trying to keyframe difficult technical motions which many of them struggle with.

Students who used it were able to get some beautiful natural character motions which they would not have been otherwise able to manage using just a hand key framed process alone."

"I would like to encourage all the students to at least use it for some assignments so they are exposed to the workflow and are familiar with it when entering the work force after graduation. Motion capture is a very important tool in film, TV and game production and if they are comfortable working with it they are more attractive to prospective employers and better equipped to compete as artists.

Photo real motion is very challenging even for veteran animators. For students who want to integrate a character into a more photo realistic setting, motion capture allows them the opportunity to create animation that might otherwise be beyond their capabilities."

Chapman University’s Dodge College of Film and Media Arts is a prime example of how Xsens MVN systems provide a level of flexibility and ease of use that makes them ideal for educational use. Xsens is proud to be a part of their state of the art design space.  Using the MVN Awinda, Dodge students are now incorporating clean, production quality data into their projects, truly raising the bar for the future of 3D Character Animation. 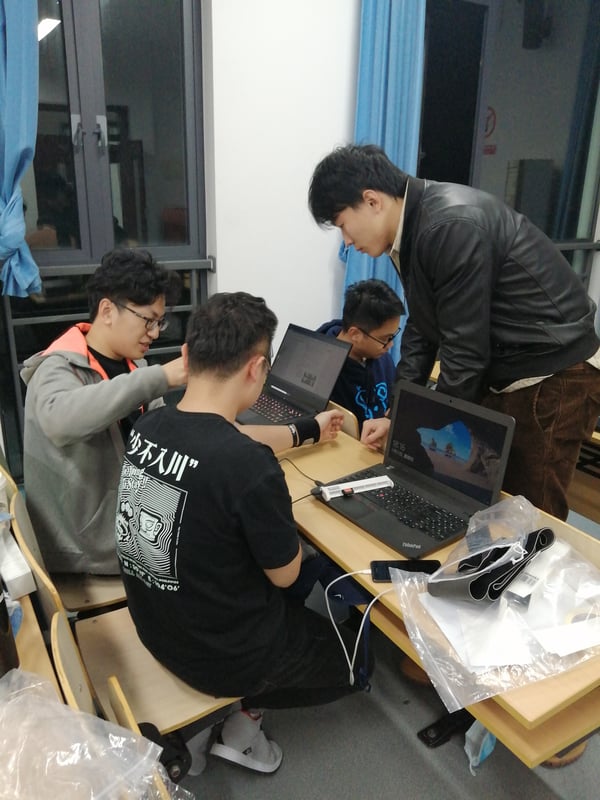 developermotion trackingWearable Technologywearable sensorsxsens dot Getting hands-on with wearable sensors at Shanghai Jiao Tong University
For educators across the globe, there is a growing interest in wearable technology for in-class lear...
Read more