Measurement of the significant wave height, period and direction of waves in open water, and analysis of these measurements over short or long stretches of time provide information which is crucial to many people and organizations. Most obviously, it helps skippers of vessels such as fishing boats as well as operators of civilian and military shipping fleets to monitor and predict the conditions in which they sail.

But wave measurement has many other uses such as scientific research, to learn about ocean behavior, extreme weather events, global warming and more. Wave measurement is also used for weather forecasting, and in the construction of permanent infrastructure such as wind turbines or temporary installations such as fish farms.

For decades wave measurement was a low-technology, expensive process which required the deployment of large, special-purpose buoys. The status quo was disrupted when Seaview Systems, based in Dexter, Michigan in the US, introduced a wholly new approach. Its SVS-603HR Wave Sensor is based on an MTi-3 motion sensor from Xsens, and runs a suite of sophisticated algorithms developed by the computer scientists at Seaview Systems.

Much smaller, cheaper, and lower-power than the old technology – but just as accurate – the SVS-603HR can easily be installed on almost any type of new or existing buoy, or in an autonomous surface vehicle (ASV) or autonomous underwater vehicle (AUV).

So what part does Xsens MEMS motion-sensor technology play in measuring waves? 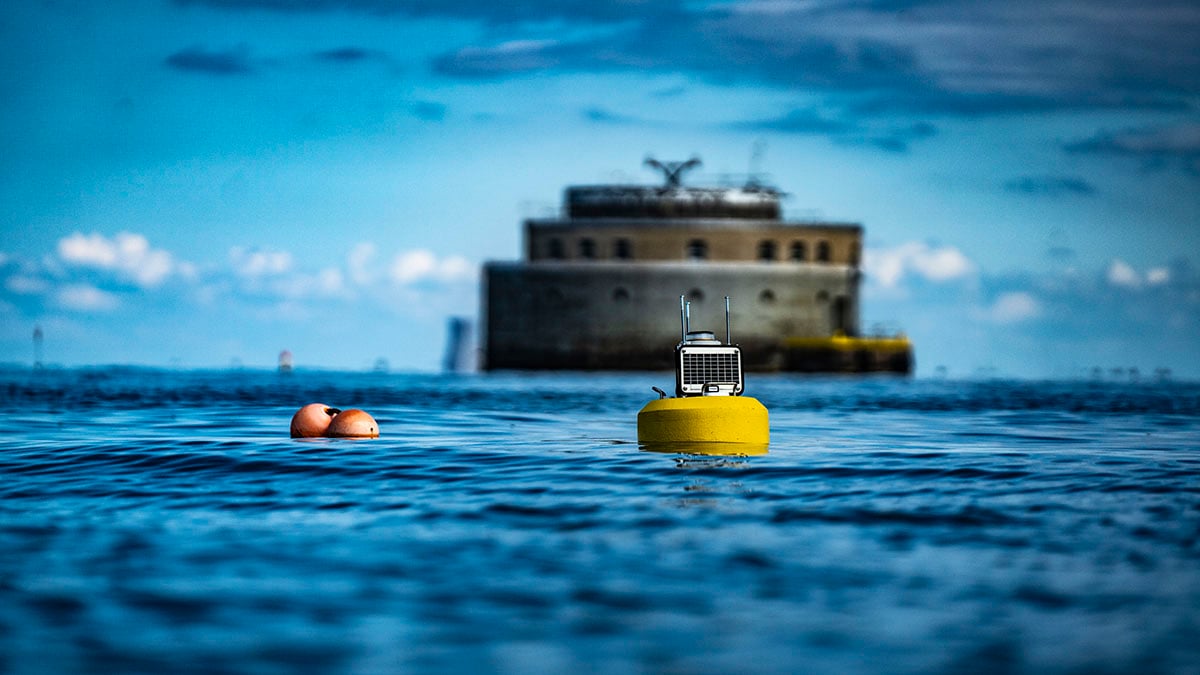 A new generation of technology for oceanography
The modern era of wave measurement began in 1968 with the introduction of the Waverider® buoy manufactured by Datawell of The Netherlands. This type of wave measurement device relies on simple electro-mechanical technology to measure wave motion. The stability, accuracy and repeatability of its measurements depend on the special design of the buoy’s hull: the buoy is large and heavy for stability, and its shape is optimized for the single function of measuring wave motion.

The uniform, optimized hull produces accurate wave measurements. But this dedicated buoy is expensive to buy, difficult to install, and consumes large amounts of power.

What users really want is a system which is small and easy to deploy, and enables the use of low-cost, general-purpose buoys. In the past, the number of locations at which wave measurement could be performed was limited by the cost and inconvenience of the old technology. Wave measurement devices that are cheaper and easier to deploy can proliferate to give a much more granular picture of the behavior of oceans and lakes.

This was the mission of Seaview Systems when it set out to reinvent the wave sensor. Its innovation was to deploy modern electronics technology to eliminate the drawbacks of the old electro-mechanical method. The MTi motion sensors from Xsens combine an array of miniature MEMS accelerometer, gyroscope and magnetometer chips with sensor fusion software to produce accurate measurements of motion in three dimensions, as well as the heading relative to magnetic North. These measurements are continually refreshed at an output data rate up to 400Hz.

A motion sensor such as the MTi-3 Attitude and Heading Reference System (AHRS), the device chosen by Seaview Systems, measures just 12.1 x 12.1 x 2.55mm, and weighs only 0.6g. This meant that Seaview Systems was able to develop a robust wave measurement device in a marinized enclosure which is only 53.5 x 68 x 23mm. The SVS-603HR’s power consumption is typically just 150mW, which means that it only requires a small solar panel and battery to maintain uninterrupted operation. 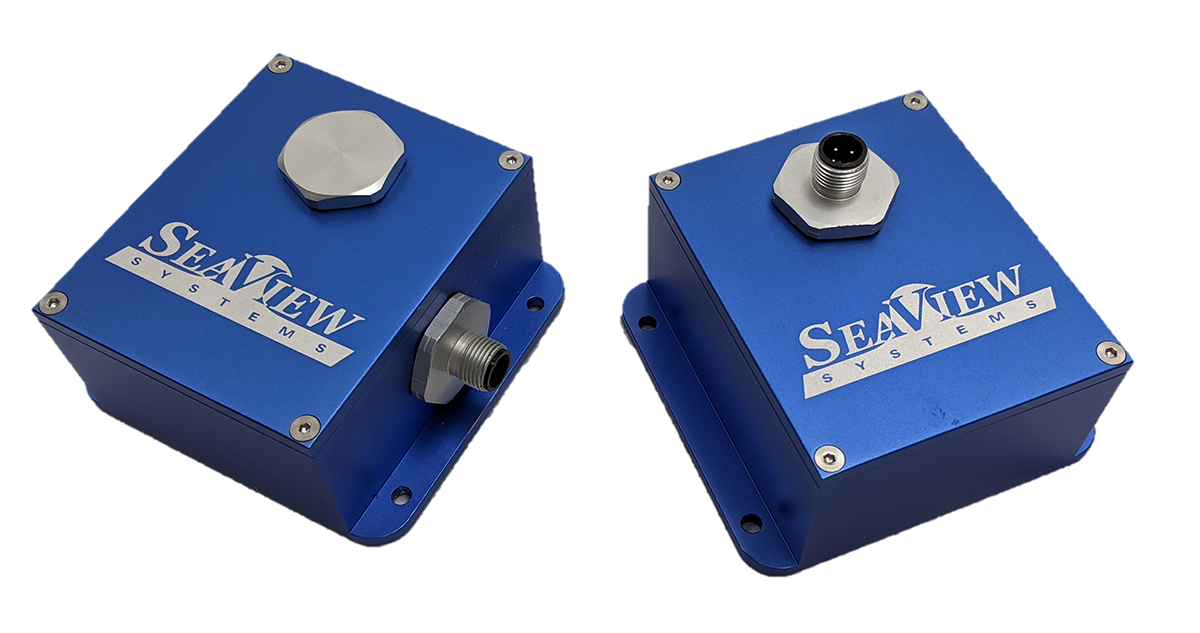 The other crucial innovation by Seaview Systems was to make its system compatible with almost any buoy of any type, as well as with new types of devices such as the ASV. It achieved this by developing sensor data-processing algorithms, a method which was only possible because the measurement output from the MTi-3 is so fast, detailed and accurate.

The algorithms detect and cancel out the behavior of the craft which carries the sensor (the buoy or ASV), so that the sensor’s measurements represent only wave motion. Seaview Systems has built up a library of data on the behavior of more than 30 of the most widely used buoy hulls worldwide, giving users a ready-made solution for most deployments. For any new hull or ASV, the sensor automatically implements the most appropriate algorithm to match its behavior on the water.

These algorithms allow the SVS-603HR sensor to be mounted on almost any type of new buoy, or retrofitted onto existing buoys. The small size of the wave sensor and its low power requirement means that it can be successfully used on small and light buoys which can be launched without the need for special equipment. As a result, the cost and difficulty of installing wave measurement equipment have plummeted, and buoys with Seaview Systems technology on board are proliferating across the world’s oceans and large inland waters such as the Great Lakes.

Buoys equipped with an SVS-603HR wave sensor are small, light, and easy to launch

Timothy Crandle, PhD, Principal of Seaview Systems, says that the Seaview Systems algorithms rely on stable, accurate readings of 3D motion and heading. He says, "Before developing the SVS-603HR we conducted detailed evaluations of the motion sensor modules on the market. We chose the MTi-3 because we were highly impressed by the quality of its measurements."

He adds that the MT Software Suite supplied with the MTi-3 by Xsens is a valuable complement to the sensor hardware, as it enables Seaview Systems to configure the device’s outputs, and easily perform system calibration.

The SVS-603HR is now poised to unleash the untapped potential for ocean monitoring worldwide, enabling accurate, reliable and low-cost wave sensing and supporting the implementation of many more applications for this specialist branch of marine science.

Curious about our product?

You can get to know our products in the product selector. 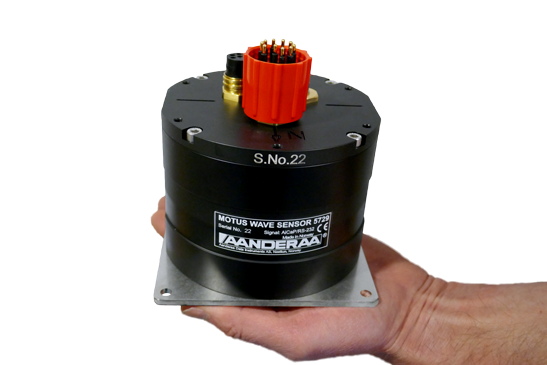