Sensors, Wearables, the Cloud, Industry 4.0, Artificial intelligence, Machine learning – we’re all savvy to the technical buzzwords of our era. Increasingly, wearable sensor technology has begun bridging many of these seemingly modern technological themes together. However, underneath each solution’s surface lie concepts that have been with us for eternity. Let us explain.

What is a wearable, really?

In essence, a ‘wearable’ describes any item that can be worn, but its casual meaning separates it from everyday items of clothing. For instance, while jewelry can be worn, its use is found in its aesthetic value and not its practicability. An ancient tool or stone has a practical use, and it can be worn, but its use requires its removal – not really a ‘wearable’, then. A clear example of wearable technology that takes us back at least two centuries is a watch, it tells the time while staying strapped to a person’s wrist. And further still, reading glasses. Makes sense, right?  But the term ‘wearable’ is often synonymous with the modern-day, so what do we mean now? A smartphone could be considered somewhere in between – it’s typically present on a person, but its uses are limited until you take it out for access. However, it’s arguably smartphone technology that has really enhanced the meaning of a wearable in the 21st century. Hence, smartwatches and smart glasses. To really get to the bottom of the term ‘wearable’, we need to reveal its primary function.

Get a sense of the world

Everyday watches and reading glasses have a primary function equal to their modern counterparts, and that’s the enhancement of human senses. The human senses are vast in their potential and have been integral to our evolution and survival. Scents picked up by our nose, for example, have been key to differentiating between poisonous and non-poisonous fruits, taste buds in our tongue encouraged us to eat healthy foods that helped our brains grow and increase in processing power. But our senses are ultimately limited by predetermined biological factors.

One of the many triumphs of human inquisitiveness has been the enhancement of our sensory system through technology. A hearing aid is an example of an incredible breakthrough in wearable sensors, amplifying the audible senses to people that are hard of hearing. Another example is tracking technology, which can pick up human motion accurately, with others tracking location, something present to some degree in the vast majority of smart technology. It’s the addition of sensors that really describes the term ‘wearable’ in the modern-day use of the word.

In the same way the human body and brain process sensory information acquired from the outside world, external sensory technology attempts to obtain as much data as possible, feeding it into a computer processor for analysis. For wearable sensors, this goes beyond the on-person hardware, often feeding into cloud-based processing that utilizes advanced machine learning algorithms. Together, these systems mimic and enhance human functions to make our lives easier and more comfortable.

Industry 4.0 is a term used to describe the increasing technological trend towards digital and mechanical automation. The advent of machine learning and A.I. (artificial intelligence), has significantly enhanced pattern recognition and data processing in computers. When it comes to specific, niche tasks involving data analysis, machine learning algorithms can out-compete a human brain. But like all technology with seemingly revolutionary potential, its ultimate goal is to enhance everyday human life by negating issues arising from our biology. At its core, it’s driven by the same motivations as our ancestors in prehistory when they developed new external tools. Wearable sensors fit into this technological adaptation perfectly. The beauty of the human brain is its general intelligence and creativity, and the niche tasks completed with speed by machine algorithms only serve to free humans from menial tasks, focusing the brain’s full potential on worthwhile endeavors that maximize innovation. A wearable sensor with cutting-edge processing, cloud connectivity, and machine learning capabilities can ensure the human body is working at an optimal level, whether it’s through the enhancement of vision, hearing, physical ability, or access to knowledge.

At Xsens, we‘ve tallied up 20 years of experience in single sensor and body network solutions. We’ve seen the evolution of sensory technology and been at the forefront of the industry’s innovation. When it comes to inertial, sensory technology, sensor fusion algorithms, motion tracking software solutions and data processing, Xsens is cutting-edge. But the evolution of wearable technology is by no means finished – we envision a world where wearable sensor applications power a revolution in healthcare and sports. To take physical performance and health to the next level, people need access to accurate, sensory technology, and that’s why we released the  Xsens DOT platform in 2020.

The expansion of e-health applications has already begun, and people are accessing fitness routines and nutrition data through their phones on a daily basis. With Xsens DOT, developers are able to build next-level, kinematic platforms that provide in-depth and bespoke data to millions of people.

Xsens DOT is also tailored to work efficiently as an Educational Tool in the learning processes related to Science, Technology, Engineering, and Mathematics (S.T.E.M). Especially with respect to human motion tracking and mechanics. We want to encourage aspiring engineers, developers, and entrepreneurs to get into inertial based motion technology as early as possible in their learning process, to innovate and create applications we hadn’t imagined possible. 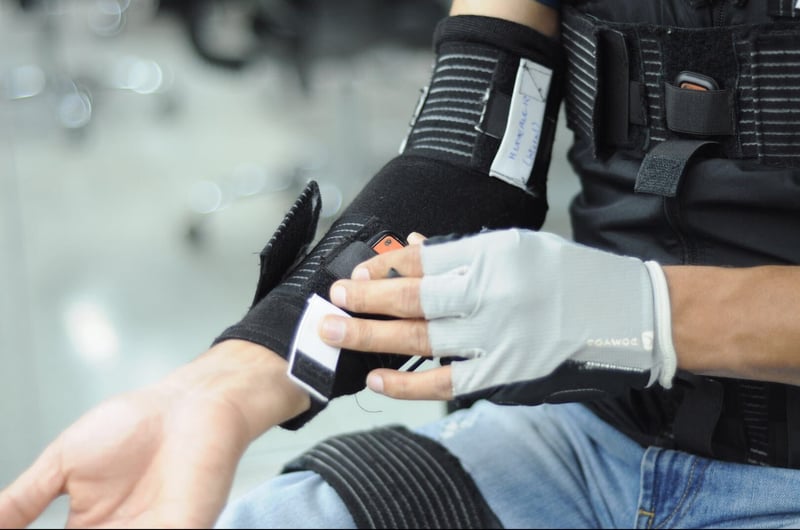 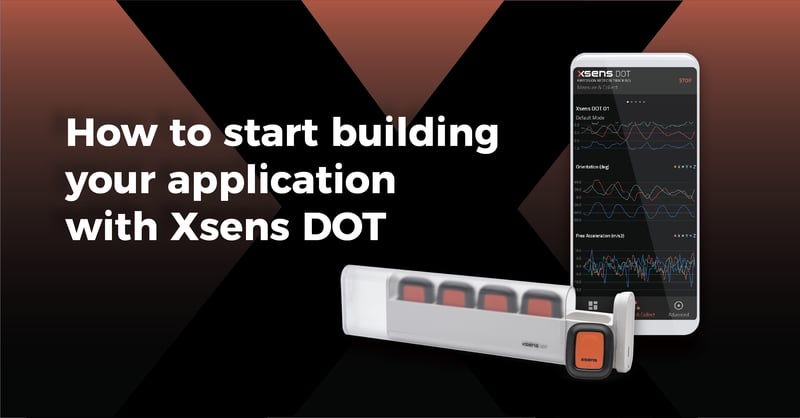 TechnologyWearable Technologywearable sensorsxsens dot How to start building your application with Xsens DOT
What is Xsens DOT? Xsens DOT is a development platform based on Bluetooth wearable sensors. It provi...
Read more