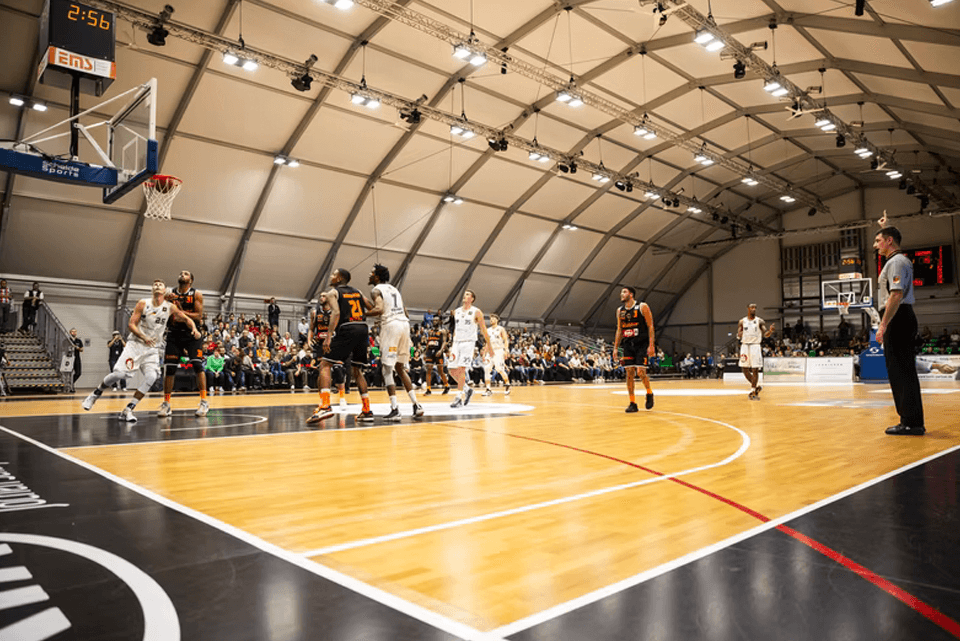 Below are some ways to monitor external and internal loads: 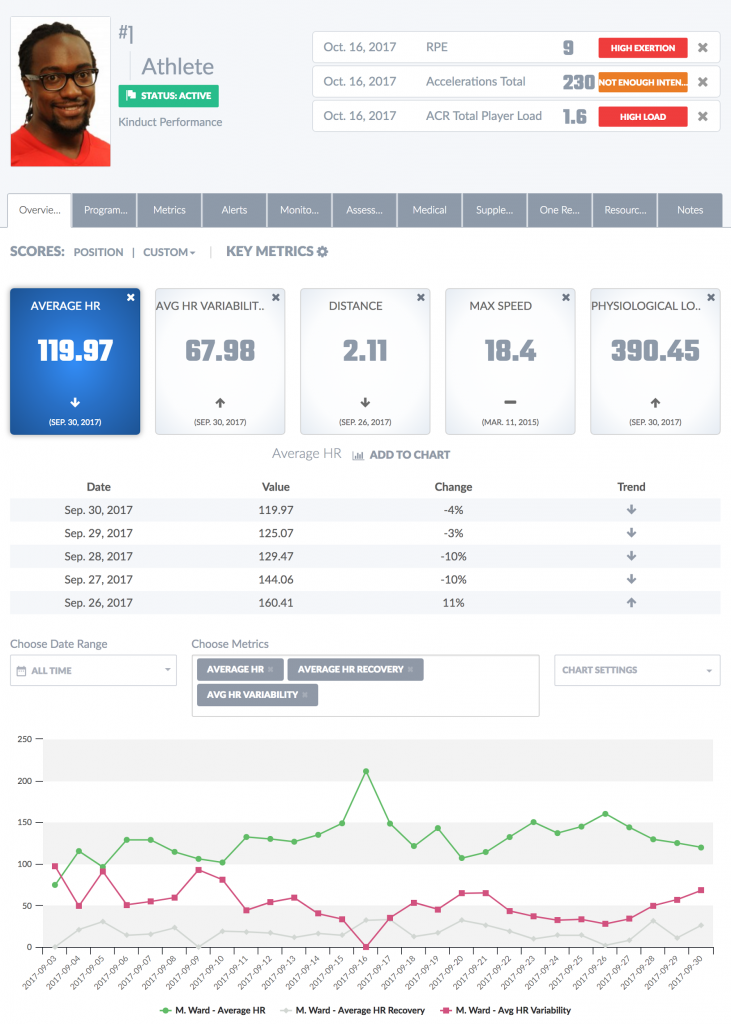 Time motion analysis is based on video footage collected from a system of cameras that capture the movements of players on court. The video is then coded into digitized relevant data, such as speed, distance covered, movement durations, and movement counts. While few time motion analysis programs use sophisticated algorithms to code the data in an automatic way (e.g. SportVu, Second Spectrum), a lot of other motion analysis programs require manual interpretation of the video by a video analyst. Thus, even though the validity of time motion analysis has been well-documented, coding and interpreting videos using the manual approach is very time consuming, making it less practical for routine player monitoring.

In addition, there are some other limitations to manual time motion analysis. A main one is the inconsistency in definitions that some motion analysis models have. For example, the McInnes et al. model is a very popular model for determining the external loads in basketball. In this model, nine movement categories are identified, with frequency, duration, and/or proportion of game time reported for each movement. Using this model, high-intensity loads are categorized as sprints, jumps, and high-intensity shuffles; moderate-intensity loads include runs and medium intensity shuffles; and low-intensity loads include jogs, low-intensity shuffles, walks, and standing. These definitions can lead to different interpretations of movement definitions by different video analysts. For example, a jog is described as “an activity requiring a greater intensity than walking but less than running,” whereas low, medium, and high shuffles are arbitrarily defined as shuffling at a low, moderate, and high intensity, respectively, without reference to movement velocity. Hence, it is the responsibility of the video analyst to determine the differences between the movements, which may result in different result for different video analysts.

In recent years, the use of wearable tracking devices that incorporate global positioning system (GPS), accelerometers, and gyroscopes has rapidly increased in team sports. While GPS based data are becoming more reliable and valid (due to improvement in technology, resulting in a 10-20 hertz sampling rate), it has a major limitation when it comes to basketball: teams have to own a dedicated indoor satellite system in order to get a clear signal. These dedicated indoor satellite systems are very limited due to cost, causing most teams to use the triaxial accelerometers of some wearable tracking devices.

Triaxial accelerometers are highly responsive motion sensors used to measure the frequency and magnitude of movement in three dimensions. The triaxial accelerometer can report movements as an accumulated load (sometimes known as Player Load), which combines rate of change in acceleration (or deceleration) in three movement planes. These movements combine to elicit a substantial physical demand, and associated physiological responses. This type of data is much simpler to analyze, and more consistent, than manual time motion analysis, as it uses user-defined algorithms to quantify movement, instead of video analysts. 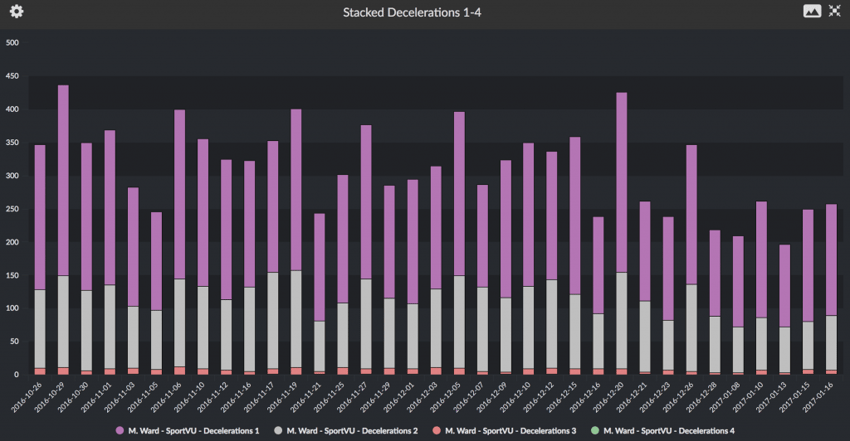 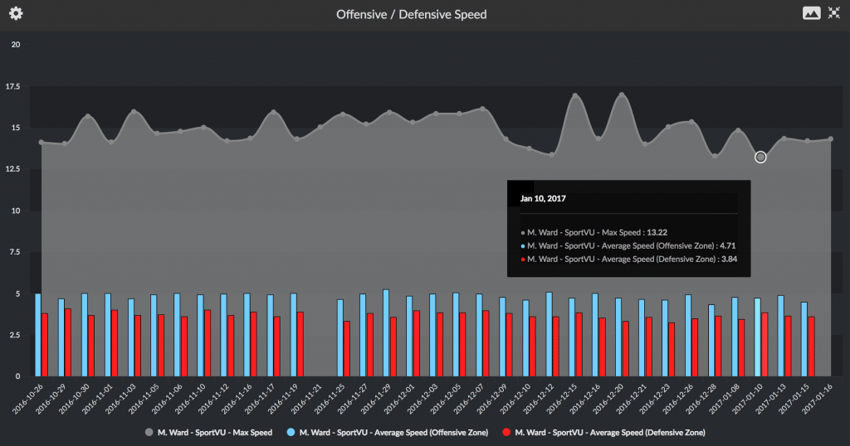 However, not enough research was conducted in regards to the validity and reliability of accelerometer-derived outcomes to determine how they can be effectively applied to basketball. One shortcoming of accelerometers, for example, is their limited capacity to recognize low-intensity shuffling, a very common movement during a basketball game.

During intense exercise, blood lactate can accumulate to very high levels. A common misconception is that blood lactate, per se, affects muscle performance in a negative way. The truth is that this negative effect is due to an increased concentration of hydrogen ions, which are a by-product of  lactic acid dissociation. This high concentration of hydrogen ions increase acidity in the muscle, resulting in a state called lactic acidosis (low pH), which is the true reason for the negative effect in muscle performance.

Nevertheless, this relationship between lactate and pH, and the fact that lactate levels can be measured rapidly and in any environment (using a very small blood sample taken from the fingertip or earlobe), turn it to one of the most popular blood markers these days. Also, unlike the portable lactate analyzers, which only require a tiny blood sample, other blood markers portable analyzers are yet to be popular in the market, resulting in a larger blood volume needed to be collected via venous sampling- a more invasive and much less feasible process, especially in a team-sport environment.

When it comes to research, however, studies about lactate and basketball are inconsistent in their result. This may be due to large variation in the contribution of glycolytic metabolism. In addition, another limitation of measuring blood lactate levels is that a given blood sample represents the activity players have performed only five minutes before the time of sampling, making it very difficult to quantify time intervals of more than five minutes. Nonetheless, given the linkage between high lactate and muscle-damaging acidosis, quick and easy lactate analyzers have value as one of several tools to monitor internal load in basketball players.

Measuring heart rate is a non-invasive, cheap, continuous, and reliable technology. Unlike lactate, heart rate monitoring does not distract players and coaches, and does not require a pause during practice. However, heart rate measurements have been reported to underestimate exercise intensity in basketball due to the temporal delay in heart rate response after rapid changes in exercise intensity.

The major limitation in this model is the use of a standardized lactate curve that examines a typical response to exercise, but does not consider the individual response (which may vary).

Internal load is being calculated using the formula:

While this model overcomes the main limitation of the Banister’s model, it requires more time, effort and equipment, as players must complete the mentioned incremental exercise test.

This model is very popular in basketball as the data collection is being done during practice/competition without interfering with player movements. In addition, this model was found to detect periodized increases in load efficiently and have a fairly good sensitivity.

While this model is easy to implement, non-invasive, simple to calculate, and does not require any special equipment, the validity and reliability of it, in basketball teams, is yet to be determined.

Take home message and the future of training load:

Currently, it seems like wearable tracking devices are the best way to quantify external load in basketball. This is mainly due to their relatively low cost, the small amount of time needed to analyze their data, and their non-invasive nature. However, for the reasons mentioned above, wearable tracking devices are far from being a perfect, or a gold standard tool.  Thus, a combination of all/some of the methods mentioned in this blog, would be a better way to quantity training load in basketball.

Future studies regarding the use of time motion analysis to monitor load in basketball should focus on the improvement of machine learning, or pattern recognition analysis. This would allow for better classification of movement patterns to eliminate human “interpretation error”, and create a cost-effective alternative to current “advanced” programs that many teams are not able to afford. These studies will most likely result in more valid, reliable, and detailed data that will help coaching staff to better inform decision making regarding training load allotment. 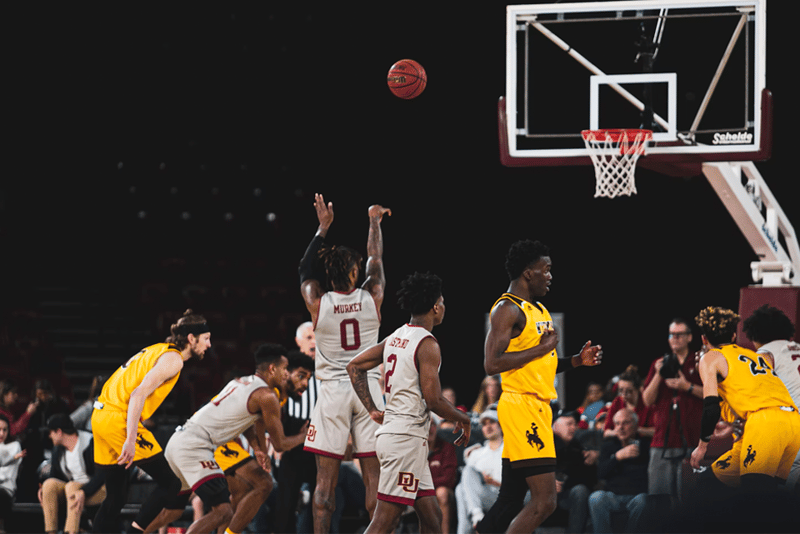 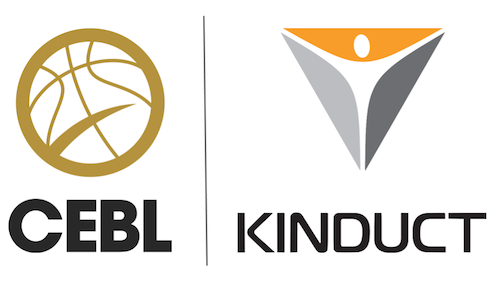